The Guild Season 5 DVD out tomorrow! 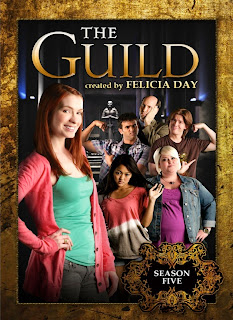 Will Felicia Day be in your stocking this Christmas?
The answer is  - with any luck! The Guild Season 5 DVD is out tomorrow, December 13th 2011, and you can order it from Amazon.com right now* It looks like it won't be available from Amazon.ca until March 13th 2012, so this will be the only way to get the DVD for now.

Try Before You Buy
If you haven't seen Season 5 yet, then why not take a look? Then go and order the DVD and make sure you have a very Guildie Christmas!

*This link takes you to Amazon using a referral code. That means that if you order via this link I get a little something back from Amazon. Thank you!

New trailer, new book for Joss Whedon's 'The Cabin in the Woods' 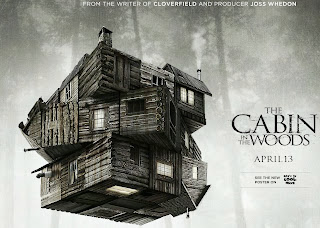 Something to blog about!

It's been a while since I posted but I couldn't not talk about the new trailer from 'The Cabin In The Woods'. Actually, I'm not even going to talk about it, because you should just watch it and then start speculating on your own. Because you don't need me to tell you that April 13th next year is going to feature a whole new level of cinematic fervour.

Spoiled for choice?
Titan Books have also announced details of the Visual Guide, which holds the secret to The Cabin...

"The details of the plot are a closely guarded secret, though Joss himself has described it as “a straight-up, balls-out, really terrifying horror movie,” adding,"it is not just a slasher in the woods. It's a little more complicated than that..."

All will be revealed in the Official Visual Companion, featuring in-depth interviews, the full screenplay by Whedon and Goddard, stunning production art, and hundreds of color photos!..."

The book is print on demand with an estimated delivery time of 21 days. That's an interesting way to do it but I'm not sure too many people are going to want the book before they've seen the film. I haven't tried to order it, so I can't be sure if it really is available now - is anyone going to order it so we can find out? And if it is truly out now (or in 21 days), how will we all avoid spoilers between now and then?