Reviewing "Songs the Brothers Warner Taught Me" by Megan Lynch 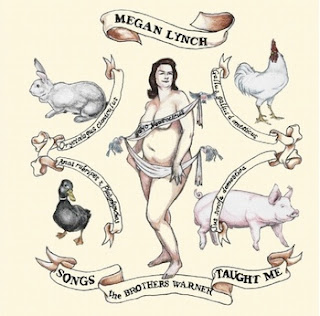 UPDATE!
From now until September 8th 2010 YOU decide what to pay for the album - here's all the details! Please be generous :)
Where to start?
I've been friends with Megan for some time now. We met online through a shared love of Whedon and The Guild and we chat regularly. When Megan started talking about an album she was putting together I was really interested. Having recorded my fair share of music and put together a couple of albums I had an idea of how hard it is to organise - never mind actually perform - when you have limited resources and time. The result of all her work, though, bears testament to determination and sheer talent - and what talent.
A Smorgabord of awesome
"Songs the Brothers Warner Taught Me" runs through a range of styles and Megan does each justice, and more. From the bluesy, woozy vocals in "Blues in the Night" where you can feel the humidity, to the touching harmonies of "It Can't Be Wrong" and the sultriness of "Blues in The Night", the emotion and musicality shines through. It goes without saying that the musicians play a very important in the success of the music, too, and there are some excellent performances.
Listening to the album really takes me away from the here and now.
When I was talking about it to hubby I told him that in places it reminded me of Bladerunner. At one stage I had the Vangelis soundtrack to Bladerunner and I played it over and over - not because I really like synthesisers (which I don't particularly), but because I loved the fusion of old and new. "One More Kiss, Dear" was my favourite and I'd love to hear Megan do a version (hint, hint!). And it's that feeling of old and new that I particularly enjoy in "Songs the Brothers Warner Taught Me". Many of the songs are familiar to me but I've not heard them performed in this way before. There is an intimacy about the performances that really evoke a response as if they were live. That and the sheer joy of listening to someone revelling in their talent - Megan has an amazing voice which she uses to great effect - makes it hard to not be moved.
What sort of music is it?
If you have no concept of what music the Warners Brothers might have taught anyone, think of old-school cartoons like the Merrie Melodies "One Froggy Evening" or better yet - go to meganlynch.bandcamp.com and listen to the album. You can buy it from there or from iTunes, or CD Baby. I highly recommend you checking it out. It's probably not something that you've heard before and you just might love it as much as I do. Happy holidays!
Megan on Twitter (as may_gun): http://twitter.com/may_gun
And on Facebook: http://www.facebook.com/pages/Megan-Lynch/37368889021
4 comments:

All the Guild Sells Out videos!

No sooner had I published the last post when I realised all the 'Guild Sells Out" videos are live RIGHT NOW!

So, without further stopping for screen grabs, here they are:

The Guild Sells Out!

I saw it on the Internet so it must be true... 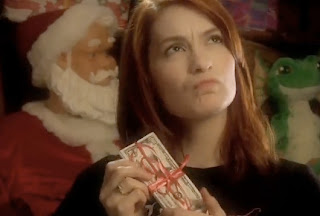 Good news everyone! Felicia and co have contrived to stave off Guild Deficiency Syndrome over the holidays by producing a new mini-vid: 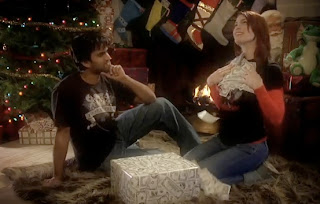 Internet comments can hurt, people! Think before you

Judging from the frantic clicking being heard all over YouTubeland at the moment, people are desperate to find out what the awesome loot is: 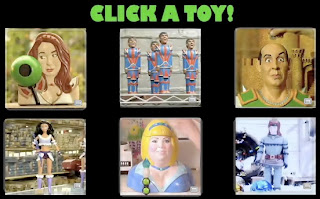 The links aren't active yet, and since this first video is called "The Guild Sell Out! Intro" I think we can safely assume there is more holiday goodness to come.
EDIT:
The links ARE active! Maybe the massive demand for Guild merchandise overwhelmed the YouTube servers, but all the links work. And I've posted links to all the other vids here if you have any difficulties!

To make sure you find out about the next video as quickly as possible you should:

Email ThisBlogThis!Share to TwitterShare to FacebookShare to Pinterest
Labels: Felicia Day, The guild sells out, watch the guild, YouTube

Questions for Kim Evey, plus The Guild: Now what? 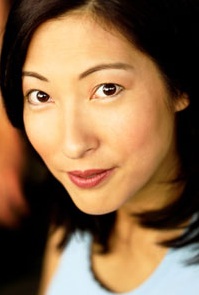 (Kim Evey, being awesome.)
Last chance for Questions for Kim
I've had some great questions so far, and you have until tomorrow to get any other questions you might like to ask Ms Evey. There are so many things to find out - how did she first meet Wil Wheaton? How is her ankle these days? Is there any chance of GTCMS coming out on DVD....??? Not to mention questions about The Guild!

And speaking of The Guild...
After reviewing all episodes of Season 3 of The Guild on PinkRaygun.com I am still amazed at how much Felicia Day managed to pack into 12 Episodes. In these long, Guild Deficiency Syndrome weeks as we wait for news of Season 4 and the new comic - what's a fan to do? You can hang out with other fans on http://community.watchtheguild.com (and join the GDS group!). And, of course, there is always the Knights of The Guild podcast which is, as ever, still giving us all the latest information, reviews and gossip about The Guild and everyone connected to it. Thank you Kenny and Jenni!
EDIT:
Thanks to @tonewaugh who suggested I list where you can send the questions (yes, very good idea!):
No comments: