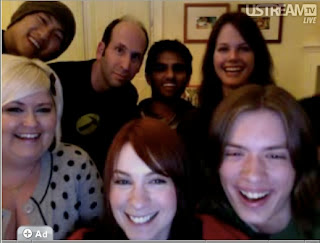 If the answer to any of these (or any other affliction currently assailing you) is yes then the problem is most likely to be GDS (Guild Deficiency Syndrome). It's sweeping the globe faster than swine flu and is almost as potent. Read on to find out more about this debilitating condition and what you can do to protect yourself against its onslaught.
Symptoms
These include fatigue, loss of interest, restlessness,  waning enthusiasm for everything (even the Internet!), weight gain, weight loss, spots, freckles, shouting "Vorktanimo" at strangers....These are just a few of the many, many symptoms of GDS. 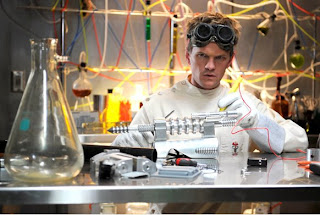 A Doctor testing something.
Causes
First documented last year, scientists believe that these disparate symptoms are all part of a single condition, GDS. After baffling the lab geeks for a several weeks, an alpha geek realised that he, too, was suffering from the same symptoms. After stringent self-testing and cross referencing with available data Dr H, as we will call him, came to the unshakeable conclusion that it was directly caused by the lack of new episodes of The Guild. The data showed that between the end of Season 1 and the beginning of filming of Season 2 there was a massive increase in the number of geeks calling the 1-800-ihavetoomuchtimeonmyhandsandhavesearchedallthemedicalwebsitesandthinkimreallyillforsure
nerdline.
Diagnosis.....GDS
Doctor H developed a simple test to confirm whether a patient is suffering from GDS. Subjects were wired up to brain scans and shown a series of images. All those subjects reporting GDS symptoms showed massive brain activity when exposed to images from The Guild - yet failed to show any noticeable brain activity at any other time. Proof, Dr H concludes, that The Guild, or more accurately the lack of The Guild, is to blame. 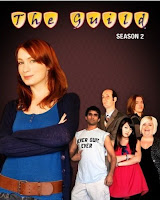 The Guild Season 2 DVD cover
Cure
While there is no actual cure, Dr H did suggest some ways to relieve the symptoms. These steps will give temporary relief and should be repeated as many times as necessary to enable the sufferer to have some semblance of a normal life.
Caution Required!
Dr H is at pains to point out that reducing your exposure to The Guild to the levels prescribed above might be too little, too soon. He recommends that if, for whatever awful reason, you have to be away from your computer or DVD player that wearing a Guild teeshirt and holding a bobble-headed Edgar can relieve some symptoms temporarily.
Support groups
Watchtheguild.com has updates, all the episodes and some bonus videos online. You will be able to find support from fellow Guildies (as sufferers call themselves) on The Guild Community website. Here you can set up your own account and chat with like-minded individuals on weighty matters of the day: is Sandeep a zombie, does Felicia really turn up on set swearing and drunk, and will there be a DDR dance-off between Codex and Stupid Tall Hot Girl...
Hope for a cure?
Dr H was optimistic that once Season 3 starts shooting sufferers will find their symptoms lifting: "We found that last year, when Season 2 started production, calls to the helpline lessened as people started to anticipate the coming season. And I - and I mean they - felt more able to sleep at night without worrying about when I - they - would get a new fix."
Felicia Day - all her fault?
While it would be all too easy to lay the blame squarely at the young multi-talented, award-winning writer/creator/actor/producer surely we can't blame her completely? Dr H, disagrees: "No - it's completely all down to her. Sure - Kim, Sandeep, Jeff, Amy, Robin, Vincent, Edgar, Dani - all played their parts, but really it's all down to her. She never knew what depths I had, what a glorious future we could have..." At this point the Dr appeared to remember he'd left a bunsen on somewhere and hurried away. With all the work he's been up to recently, helping the victims, working on a cure, it's not surprising he's a  little distracted. It has obviously been a huge strain because when he left the offices and saw a large, dark horse that happened to be intently watching the building for no apparent reason, he started violently and ran away shouting obscenities. Poor guy. GDS must really have a hold on him.
UPDATE:
Fellow sufferers unite! We now have a new group on http://community.watchtheguild.com. Join us and share the pain :) [And kudos to Soma for the spiffy logo: