Why U2 probably won't join Quora

Quora logo (image from Crunchbase)
Quora - the Season's big New Social Media Thing
So what's all the fuss about? Quora has been described as "..Yahoo answers for geeks.." and I think that's quite accurate. It has been causing excited ripples in the Tech Blogger world in the last few weeks and received a massive upsurge in users following some positive reviews. I joined after Louis Gray mentioned that the recent improvements made it very useful. After a bit of poking around I started to see how it might be beneficial. I was even really pleased that Quora was generating interest in my go-to social media site, Friendfeed.

Easy to join
You can use Facebook or Twitter to join and sign up is easy. When you do it this way, though, you might overlook an important issue. At the moment, Quora has the following rule:

You have to use your real name:


"The rules of the site are that you have to use your full real name on your account. To change your name, please see How do I change my display name on Quora?.

If you are ever uncomfortable about associating your identity with a particular question, you can become anonymous for that question.  See How can I anonymously add questions on Quora?" 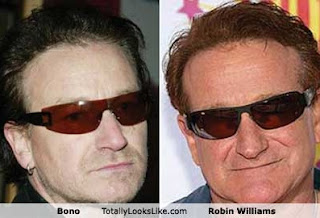 Bono: Not a Real Name?
While I understand that any site/app/whatever can make their own rules for the membership they want, I'm very puzzled by this. There is no verification process to go through for your 'real' name, and it doesn't seem that they can check it out. And people with the same names will do what? And what about poor Bono, who only has one name? Or The Edge, who has a silly 'real' name? 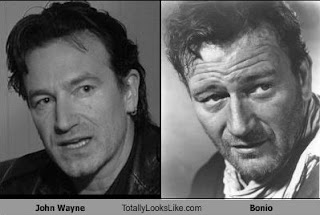 Or people who have new 'real' names, like Marion Robert Morrison?

What's in a name?
I joined using Twitter and filled in my name as World ofHiglet, since that was the most sensible way of fulfilling their requirement to have a first and second name. I've done that on a few sites. Many of the people I follow on Twitter are on Quora, so I connected with them easily and started to edit the groups Quora automatically added me to. I replied and followed some questions and posted one of my own.

It didn't take too long before I received a message from a Quora admin directing me to the name rule. I replied explaining that using my real name would make me more anonymous and asked whether the policy would change. Last night I received a message:

"A Quora admin blocked you from editing on Quora for this reason:

Of course, I had replied but I hadn't change my name. Obviously the only reply that is acceptable is to comply without asking questions.

Disagreeing with Louis Gray
That is not something I would do lightly. But in this case I do not agree with him fully. In his recent post about Quora, Louis said:


"Where I have heard people express concern about Quora is what could happen if it breaks into the mainstream and becomes diluted as sites like Yahoo! Answers have, suffering from the chatroom phenomenon that doomed other sites targeted toward casual discussions. Safeguarding Quora from this is the use of one's real identity, connected through Facebook or Twitter, and the community's ability to downvote or mark as "Not Helpful" responses that don't pass muster..."

I connected through Twitter with the name people associate with me, but that is not good enough for Quora. On the one hand I can see the reasoning behind it. But it isn't flexible or responsive and will keep some people who want to participate out. Maybe that's a risk they are willing to take to keep some spammers out, and if so then that is their right, of course.

In the meantime...
More people I know from Twitter, Friendfeed and Facebook are following me on Quora and there are questions and threads that I would like to participate in. I'm not sure what to do at this point, but I think I'll wait and see. Chances are that Quora will have to change their policy. And if they don't then maybe I'll have to change my name...