The Guild Season 4 on YouTube plus Amazon.ca DVDs are shipping! 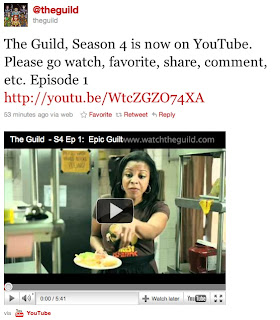 It's Here!
After months of waiting, The Guild Season 4 finally hit YouTube today, so let the commenting, liking and sharing begin! Of course, many people have already watched the whole season on MSN and/or Xbox, but a surprising number of people don't watch there. They are in for a treat....! @theguild report that they will be releasing Season 4 episodes every Monday, Wednesday and Friday, which means we'll be through the whole season in four weeks. That's great news for fans, but makes me wonder why they have chosen to do this. I'm going to hopefully speculate it's because we'll have something new to see soon enough (like Dragonage: Redemption, for instance?). But that is pure speculation. 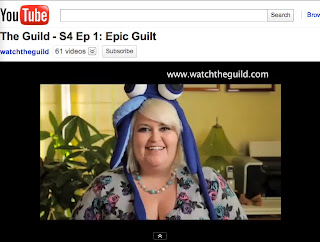 Amazon.ca now shipping The Guild S4 DVDs!
And more good news today, in the form of an email from Amazon.ca: