Interview with Felicia Day on Knights of The Guild Podcast

(Knights of The Guild cool graphic - says it all! Used with kind permission from the KOTG website.)
Kenny and Jenni are back together again!
It's great to hear them both in Ep 7, Part 1 which is now up on KnightsoftheGuild.podbean.com (and can also be downloaded from iTunes). Jenni was absent for the last microcast and Kenny did a brilliant job on his own, but I missed the banter and it's great to hear them together again! Please leave a comment or even Digg the episode if you enjoyed it :)
I spoke to Kenny earlier about the show. It ranked #3 in the iTunes top 100 TV/Film audio podcasts today. That's a great achievement for a show that is barely 7 months old! And there's is plenty more coming to entertain and thrill us. Lots of interviews and discussions coming up. Plus - there are no details as yet - there is a possibility of some live broadcasts in the future. Yay!
Shocking revelations
Prepare to be shocked, though, because this podcast contains information of such magnitude that you may have to lie down afterwards. And I'm not talking about Jenni giving us the inside story of the stripper bus, or Felicia herself talking about the "Do You Want To Date My Avatar" video, or Poknish revealing that there are some people who haven't seen The Guild yet or even all Season 3 goodies. No, something MUCH MORE SHOCKING was revealed. I can't bring myself to tell you what it is, so you'll have to listen for yourself.*
And more to come!
Next week, starting tomorrow, is another bumper Guild-related week. On Sunday Jeff Lewis (Vork), Sandeep Parikh (Zaboo) plus Alexal Bretch and others will be performing in Improv at 8 PM (see the "Hammer Don't Hurt 'Em" Facebook page for details). Not only that but "Do You Want To Date My Avatar" is on general release on Monday (see The Guild's Facebook page for the details). And on Thursday Season 2, Episode 6 will be released on YouTube. Episode 5 is now up:

- you can Digg it here if you like!
And if that wasn't enough, Part 2 of Ep 7 KOTG podcast will be released next Saturday, with the second part of the interview with Felicia Day.
Talk about a packed week! I think I need a lie down - now, where did my gold coins go? 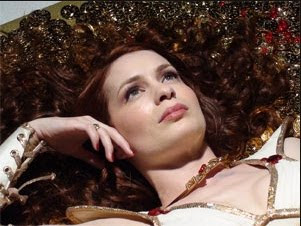 (Felicia relaxing her Avatar on a nice comfy bed of gold coins. Taken by Kenny and used with kind permission from the KOTG website.)
*You know I said there was shocking news on the KOTG podcast? Well I don't want to type the words but this tells you all you need to know: 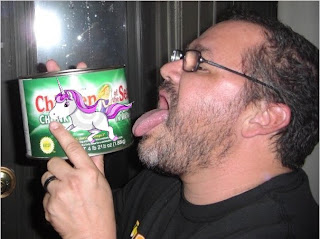